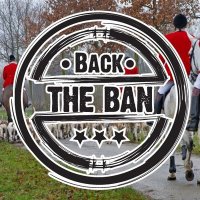 David Cameron has pledged to dedicate Government time to a bill abolishing the ban on fox hunting as a priority, if the Tories were to win the next General Election.

Bridget said:“I’m proud that the Labour government banned hunting with dogs. If elected, I would vote to support the current ban and work alongside animal welfare organisations against the Tories re-introduction of this cruel practice.”

“I have also given my pledge to Vote Cruelty Free covering a wide range of animal welfare issues.”