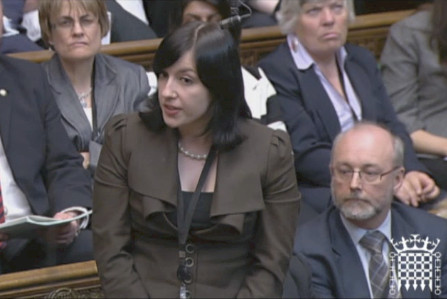 The Prime Minister has finally announced that the £20 million funding announced by the Labour Government to support the building of the next generation of electric cars in Sunderland will go ahead. This came after Labour MP for Houghton and Sunderland South, Bridget Phillipson, pressed the Prime Minister on this issue twice in successive Prime Ministers Questions.

Speaking after the decision Bridget said:

“I’m delighted that after the pressure that I put on the Prime Minister, he has decided to continue this grant which played such a massive part in Nissan’s decision to build their new Leaf electric car in Sunderland. This will come as a massive relief to both those employed in the plant and throughout the extensive local supply chain.”

“However, we are still waiting to hear from the Government on the new Wear Bridge. I will continue to press the Government on this and any other matter where public funding may be cut in our area as we all strive to work our way out of the recession. This includes whether the planned rebuilding of Hetton School, announced by the Labour Government will go ahead. This was a question the Prime Minister refused to answer but I have written to him again as I am determined to ensure that our children get the investment they desperately need.”

“The uneven nature in which the Government is responding to these different projects is concerning. The only reason that we have had such a speedy decision on Nissan and nothing on the Wear Bridge or Hetton School is purely because I was given the opportunity to put pressure on the Prime Minister in the House. This is no way to run an industrial policy and I call on the Government to ensure that these funding decisions, so important to our communities, are made as quickly as possible.”