Bridget tells Cameron and Clegg to ‘watch out’ Sunderland’s Youth Parliament is about! 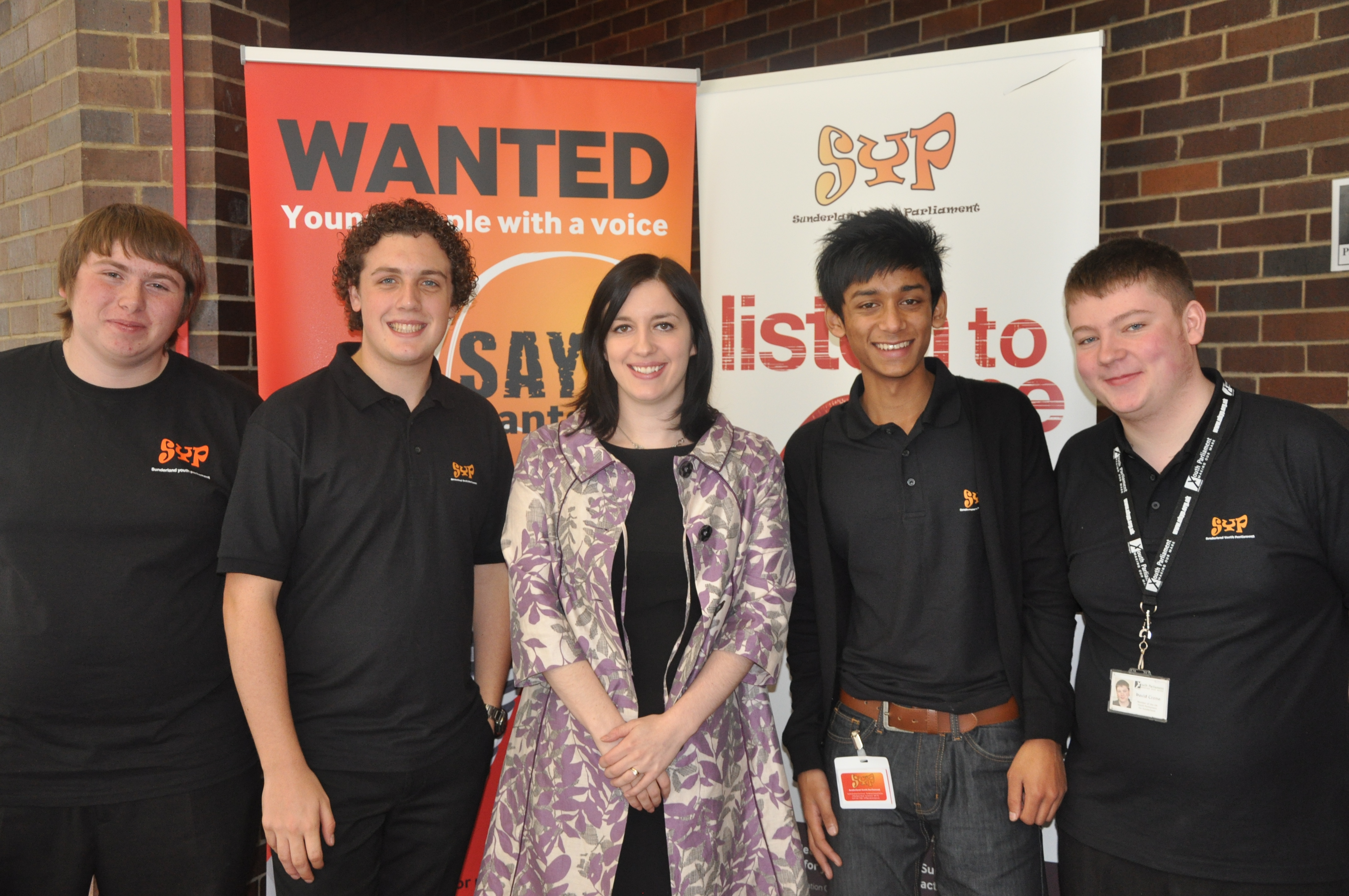 Local MP Bridget Phillipson saw some of the next generation of politicians and community activists in action at Sunderland Youth Parliament’s annual ‘State of the City’ debate, held at the City’s Civic Centre last Friday (15th October).

This was the sixth year the debate had taken place in the chambers of Sunderland City Council and was only made possible by the support of a dedicated team of volunteers and full time staff from the Council, local schools and youth groups.

“It was brilliant to see young people in Sunderland debating some of the same issues that I debate with the Government in the House of Commons.

“The debaters were extremely knowledgeable and expressed their arguments fantastically. Cameron and Clegg better watch out because these young people would wipe the floor with them.

“The ‘State of the City’ debate has raised the issue of youth provision more generally. The £800,000 cut to Connexions Services in Sunderland will hit our young people at a time when the Coalition Government has doubled tuition fees, cut the future jobs fund and is removing the Education Maintenance Allowance, which helped me get to where I am today.

“If we are going to succeed in stopping a lost generation of young people in Sunderland we will need to increasing job and training opportunities in the area, and support not cut initiatives like Connexions.”