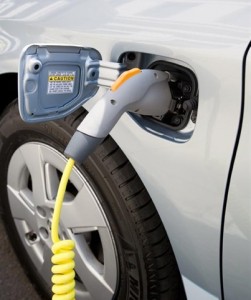 Bridget Phillipson, Labour MP for Houghton and Sunderland South has pushed the Tory government to do more to deliver charging points around the country.

The charging point infrastructure is crucial for the viability of electric cars in the UK. The previous Labour government planned for over 1400 charging points in the North East by 2013.

Bridget asked in the chamber:

After the debate, Bridget said:

“Clean, green growth is vital for our economy. An effective national network of charging points will help when cars such as Nissan’s Leaf go on sale so that their owners have the ability to keep them on the road.

“To be truly green, the government needs to make every effort to ensure the energy used to charge the cars are from ‘clean’ rather than ‘dirty’ sources.

“I will continue to press the Conservative government to invest in this technology and ensure we have the capability to make Britain a greener and cleaner place to live, supporting local jobs in the process.”

The full debate can be readhere.