Why I support an accountable and joined up transport system 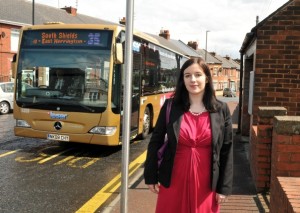 Last week I launched my Big Bus campaign to help deliver a better local bus service for the residents of Wearside.

As I have said on the official campaign page and in my email briefing about Quality Contracts, responding to concerns raised in surveys like the Big Bus Survey, Nexus with the support of Tyne and Wear councils have announced it’s consulting to introduce a Quality Contract scheme. This means our region’s transport will be organised in a similar way to London’s and Nexus will have similar powers to Transport for London to regulate and plan our transport network.

However, Go North East contacted all the regions MP’s expressing its view that a Quality Contract scheme is not the best option and will impact on the way it makes money. Instead, Go North East is proposing a voluntary scheme in which it pledges to improve the level of service and consult more before routes are changed. You can download its voluntary code here.

It’s really encouraging that Go North East agrees with Nexus that things can’t go on the way they are and that it must change the way it delivers its bus service to local people.

My main concern is that Go North East have promised a lot in its voluntary scheme but have not said how local people will hold them to account if they do not keep their promises. Also, Go North East is one of many operators in our area; we need a system which covers our commuting across the region and not just on routes run by one company.

This is the benefit that I’m seeing from the Quality Contact scheme proposed by Nexus. In London bus companies operate under a unified transport system and get fined it they don’t meet targets and can even lose their operating licence if buses and the services are not up to standard. This is the type of accountability and joined up thinking I want to see in Wearside. If it’s good enough for London, it’s good enough for us.

I want to hear your views right now -; let me know what you think. Do you support Nexus’s plans or Go North East’s? Do you need more information? Email me to let me know.