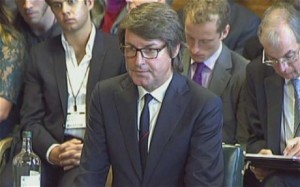 Houghton and Sunderland South MP Bridget Phillipson secured a commitment from Nick Buckles, Chief Executive of G4S, to pay police forces, including Northumbria, for the cost of policing for the Olympics during yesterday’s session of the Home Affairs Select Committee.

Northumbria Police Force, along with others, have been called in to provide additional police officers for the Olympics after it was revealed on 8th July that G4S could no longer provided the promised 10,000 security personnel for the games.

During the one and half hours of questioning by the Home Affairs Select Committee Nick Buckles admitted ‘100%’ responsibility for not delivering on the vital security contract. Buckles pledged to support those police and armed forces who have had to step in to provide security.

Commenting after the committee, Bridget said:

“With police budgets already under severe pressure, it’s right that Northumbria Police Force is compensated for providing the additional security for which G4S was contracted to provide.

“Our police and Armed Forces will do a fantastic job and deliver a safe and secure Olympic Games despite the failure of G4S.

“When the committee reconvenes after the Olympics, the Home Secretary, her ministers and officials will be put under the spotlight so we can make sure this failure is never repeated.”

A draft transcript is available via the Guardian:http://www.guardian.co.uk/politics/blog/2012/jul/17/g4s-olympic-security-mps-live