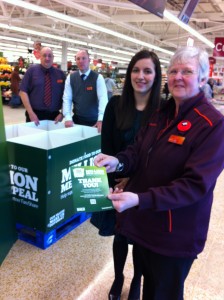 Many families are struggling with rising food prices across Wearside.

I recently visited Sainsbury’s in Silksworth where staff organised a campaign with the charity Fareshare to tackle food poverty. Thanks to the generosity of local people, over a thousand meals were donated to those in need.

Across the region there has been an increase in the number of food banks as people are finding it harder to put a meal on the table.

I pay credit to the churches and community groups who are taking action, such as the Bethany Centre in Houghton where I met with volunteers. When faced with people struggling due to unemployment, benefits delays or a crisis, they step in to help.

But it is deeply troubling that in 2012 we should even need food banks.

This article was originally published in the Sunderland Echo on 24th October 2012.