Bridget Phillipson: UKBA needs to ‘get a grip’ 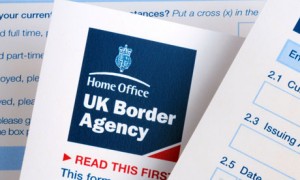 Houghton and Sunderland South MP, Bridget Phillipson has criticised the UK Border Agency after a new report by the Chief Inspector finds the Agency misinformed the Home Affairs Select Committee about legacy asylum and migration cases.

The report by John Vine CBE QPM, Independent Chief Inspector of Borders and Immigration, found that work carried out to clear a backlog of asylum and migration cases was poorly managed, that security checks on applicants had not been undertaken routinely or consistently since April 2011, and that bosses at the UKBA misled the Home Affairs Select Committee about the extent of the problem.

“The UK Border Agency is the front line of the UK’s immigration and asylum system.

“This damning report by John Vine and his team casts a shadow over the UKBA and raises doubts about their ability to get a grip and properly clear the thousands of legacy asylum and migration cases. The Committee needs a full and accurate picture if we are to scrutinise the work of the Agency. It is extremely disappointing that this was not provided.

“My Home Affairs Select Committee colleagues and I will continue to monitor the situation and we will be hearing from the Minister for Immigration and the Chief Executive of the UKBA later this month. I want to know what action they will take to restore trust and confidence in the Agency after a catalogue of errors.”