Bridget Phillipson: “The north east must not be left behind” 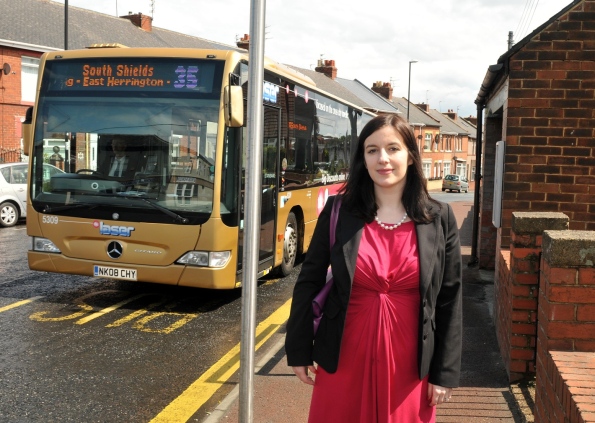 In an article originally published in the Guardian’s Northerner Blog, Bridget Phillipson MP sets out three Cs – connectivity, competitiveness and cooperation- as key to reviving the north east’s economy.

Despite the reported headline fall in unemployment this week, 2012 was yet another year when thousands of young people across the north east could not find work. In my constituency in Sunderland long term youth unemployment has risen by 194 per cent in the last year.

Hard pressed families have no choice but to support younger family members, despite already suffering from the effects of lower wages, higher energy bills and rising food prices. The social and economic consequences of long term youth unemployment are devastating to the wider community as well as destroying young people’s confidence and future career prospects. We saw this damage in the 1980s and we can’t afford to repeat it again.

Youth unemployment is not the only figure that remains high. The north east continues to have the highest unemployment rate of any region at 9.5 per cent. It’s also clear that the government’s flagship Work Programme has failed to deliver. National figures show only 2.3 per cent, or two in every hundred, participants secured a job. In Sunderland this figure is even lower. The north east is facing short and long term economic challenges due to structural issues, which stem from government policy, as well as turbulence in the global economy. It shouldn’t have to be like this. The north east has the skills, resources and people to lead the nation’s drive back to growth. But the government needs to be more innovative. To unleash the region’s full economic potential we need to focus on developing connectivity, competitiveness and cooperation.

Connectivity is a key driver of growth, and infrastructure plays a vital role in the transport of goods and labour. However, the north east continues to suffer from a lack of investment. A recent report from IPPR North highlighted that of the £40 billion earmarked for infrastructure projects by the government last year, the north east received only 0.03 per cent. This figure equals just £13 million, or £5 per head, compared to £2,000 per head in the south east.

This lack of investment is holding the region back. Existing transport networks also need to be improved. Since my election I’ve pressed for better bus services across Tyne and Wear through my Big Bus Campaign. Councillors on the local Integrated Transport Authority will decide early next year whether to re-introduce a form of regulation for bus services based on the London model. An integrated and comprehensive transport network is crucial for economic growth.

Competitiveness is fundamental to the health of any economy and we have major success stories in the north east. One in three cars made in the UK comes out of Nissan in Sunderland, making the north east the country’s number one car producing region. We attract world class companies like Hitachi who, thanks to the work of my Labour colleague Phil Wilson, have committed to build at least 600 new rail carriages in Newton Aycliffe. This adds up to an export surplus of over £3.5 billion while other regions of the UK are running deficits.

Cooperation can help innovative economies target investment and share information and ideas. However, the fragmentation of the successful Regional Development Agency One North East into two separate Local Enterprise Partnerships (LEPs) by the government has meant that the north east economy is fragmenting at a time when we are facing staggering challenges. Analysis carried out by Oxford Economics shows that £2.8 billion has been cut from the region since the July 2010 Emergency Budget. As a result, councils in the north east have had to reduce their spending by around 12 per cent compared with just 4.6 per cent in the south east.

If LEPs are to meet this challenge they at least need to be given more powers to implement economic policy and incorporate best practice from successful international economies. The government must act upon the forthcoming economic review report into regional growth by the north east LEP, due in the first half of 2013. The re-balancing of the economy must not leave behind the north east or cut our people adrift. We lost our traditional industries in the 1980s but I’m proud of the resilience we have shown since then by re-building and diversifying our economy. If we are to complete this transition we need action from the government, not more of the same, failed policies of the past.