The Home Secretary needs to end the complaints roundabout 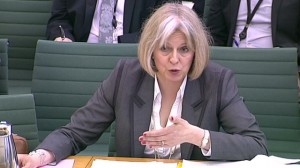 The Committee calls for:

“It’s vital that the public has trust in the police and the complaints procedures. The Committee heard evidence that at times the complaints and appeals process is frustrating, time-consuming and frequently flawed.

“The Committee’s inquiry found that the IPCC is woefully underequipped to supervise the 43 forces of England and Wales, never mind the UKBA, HMRC, NCA and all the private sector agencies involved in policing.

“The Home Secretary must listen to the recommendations of the Committee, take action to end the complaints roundabout and give the Commission the powers and resources it needs to restore public faith in policing”.

“I welcome the Committee’s report into the work of the IPCC and will carefully study its recommendations in order to see what more we can do in Northumbria to meet the highest standards.”

To read more about the Committee’s inquiry and to download a copy of their report, click here