Bridget calls on the Chancellor to act and support school rebuilding 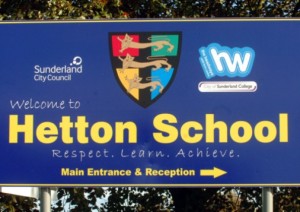 Houghton and Sunderland South MP, Bridget Phillipson has in Parliament called on the Chancellor, George Osborne MP, to act in light of recent media reports that the government’s school rebuilding programme has failed to find funding for the majority of the 261 schools in the programme.

The BBC (Read here) revealed that the Department for Education is unable to secure private funding for its Priority Schools Rebuilding Programme and is now turning to the bond markets and the European Investment Bank for funding. Furthermore, research published by the Local Government Association shows that only 19 school rebuilding projects have a start date.

Bridget has raised the case of Hetton School, which was scheduled to be re-built under the previous Labour government’s school rebuilding scheme but has been told that building work won’t start until 2016 at the earliest.

“The teachers, parents and pupils of Hetton School deserve a straight answer from the government on when rebuilding work will begin. Our young people deserve the best possible start in life with modern classrooms and facilities. It’s also unfair to the hundreds of schools across the country are affected by the delays.

“I will shortly be meeting with the Minister for Schools and I will be pressing him to resolve the funding issues as a matter of urgency. The situation facing teachers and pupils simply cannot be allowed to continue.”