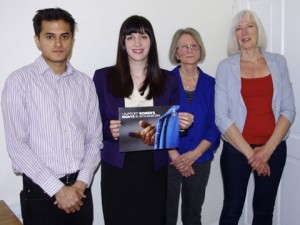 Ahead of the withdrawal of UK and NATO forces from Afghanistan the rights of women remain an important issue. According to Amnesty International, it is commonplace for Afghan women to be subjected to violence in the home and in the community. There are even reports of attacks on women human rights defenders.

“Evidence supported by figures shows high levels of physical and sexual violence against women and girls in Afghanistan. It is a dangerous place to be. Even as victims of rape they may be prosecuted and imprisoned whilst the perpetrators go free.

“Our government’s support for women’s rights now needs to translate into activity to strengthen the limited but important progress which has already been made. Women need refuges which offer them help. Women should have the right to play a meaningful part in the peace process as equal citizens. Women should be able to fight for their rights without fear of intimidation or murder.

“As international forces withdraw from their country, it will be a measure of their success in improving the lives of Afghan people if women and girls are free to live without abuse and the denial of their human rights.”

“Afghan women’s rights must be prioritised if Afghanistan is to grow its society, grow its economy and become more secure.

“UK and NATO forces have taken measures to protect and promote women’s rights. As we withdraw from combat operations, it’s for the Afghan government to take the next steps, support women’s rights and protect girls’ education.”