Two thirds of people feel less safe than 12 months ago 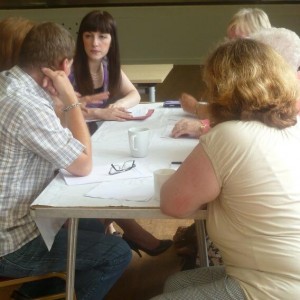 A survey by Houghton and Sunderland South MP, Bridget Phillipson, found that two thirds of local people responding to a survey on the government’s planned changes to anti-social behaviour powers said they felt less safe than in the previous 12 months.

The survey also found that:

– 75% said yes they want a community trigger to be decided locally;
– 70% said government should establish a high level anti-social behaviour forum;
– 52% said young people should be able to shorten the time they are subject to a behaviour order if they can prove their behaviour has changed;
– 74% said making it easier to make offenders subject to behaviour orders will help victims;
– 90% said that victims who did not go through Restorative Justice should be protected if they do not wish to enter into the process; and,
– only 13% said they were a victim of crime.

The Conservative-led government has proposed changing the law for anti-social behaviour. The draft Anti-Social Behaviour Bill includes a number of wide ranging measures. For example it proposes to replace Anti-Social Behaviour Orders (ASBOs) with Crime Prevention Injunctions and introduce Community Protection Orders. You can read a full House of Commons Research Library briefinghere.

At a coffee morning organised by Bridget Phillipson on Friday 12th July local residents in the Silksworth area had the chance to speak to the Neighbourhood Policing Team directly – who followed up on their concerns.

“I know that anti-social behaviour remains a persistent problem, both in our area and across the country. I hear from too many constituents how it affects their quality of life and can make them fearful in their own home.

I held a coffee morning to bring the police and local community together in order to help tackle persistent anti-social behaviour. Local residents made their views known and the police are now acting on the intelligence gained.

“It’s vital that the government does not tie the hands of local police forces. I’m currently serving on the Bill Committee in Parliament going through the government’s legislation line by line. I believe the proposals are too weak. It is a mistake to scrap Anti-Social Behaviour Orders and replace them with new arrangements that will have less power, take up more police time and all at significant cost.”