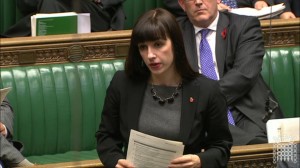 The Association of North East Council (ANEC), the organisation that represents all 12 councils in the north east, has called on the government to deliver a fairer funding deal for the region.

Responding formally to the government’s consultation on the Provisional Local Government Settlement 2014/15, they have highlighted that 11 out of 12 councils in the north east will see a higher than average cut. This means that residents living in Sunderland will see central government funding cut by £91.93 per household – over £20 more per household than the average for councils in England.

Commenting on the research by the Association of North East Councils, Bridget Phillipson MP said:

“I remember sitting in the House of Commons as George Osborne announced that we were all in it together. However, the disproportionate spending cuts to councils in the north east shows this is simply not the case.

“The reduction in spending in the north east will directly affect the services councils like Sunderland can provide including care for older residents and the most vulnerable.

“It’s deeply troubling that councils in the north east are being hit hardest – especially when compared to more leafy areas in the south east. I will continue to press the government and make this case in Parliament.”