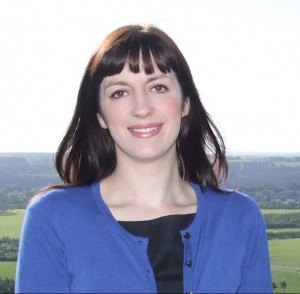 Today the Chancellor of the Exchequer George Osborne will present his Budget to Parliament. Recent indications of the UK’s economic recovery are encouraging, but there is still a long way to go and many people are worse off since 2010. Here in the north eastwe still face many challenges, and that’s why I’ll be pushing the government to do more to ensureany economic recovery fully benefits the entire nation, not just London and the south east.

Youth unemployment is also extremely high and again, the situation in the north eastis worse than the national picture. Our future prosperity depends on getting young people into work so they can contributeto the economy rather than languishing in the dole queue.Labour would introduce a Compulsory Jobs Guarantee scheme lasting the entirety of the next five-year parliament. This scheme will offer 18 to 24 year olds who have been out of work for longer than a year a taxpayer-funded minimum wage job for six months.

Those who are in work are also under great financial pressure. I recently asked the government to explain what changes there have been in median gross weekly pay for men and women in my constituency over the last four years. The results are shocking. Since 2010 working men have suffered a 10% cut in real terms to their weekly earnings -; that’s £49 a week less. Female employees have seen their wages slashed too. They now receive £26 a week less in real terms than they did four years ago.Coupled with a crippling cost of living crisis that has seen food, petrol, housing and energy costs rocket since 2010, it’s easy to see why millions of families are really struggling even when both parents are working.

Our area has many great strengths and the north eastcontinues to bethe only region with a positive balance of trade – Nissan is crucial to this success. But to ensure future growth, the government needs to understand better the problems that millions in Britain are facing on daily basis. David Cameron and his ministers must focus on creating jobs that pay more than a poverty wage. They should support young people looking for work. They need to understand that those already working are dealing with a double whammy of rising prices and lower wages. When the Chancellor rises to the despatch box to deliver his Budget today, he will try to paint a positive picture of economic recovery. But too many people will be left asking, what recovery?