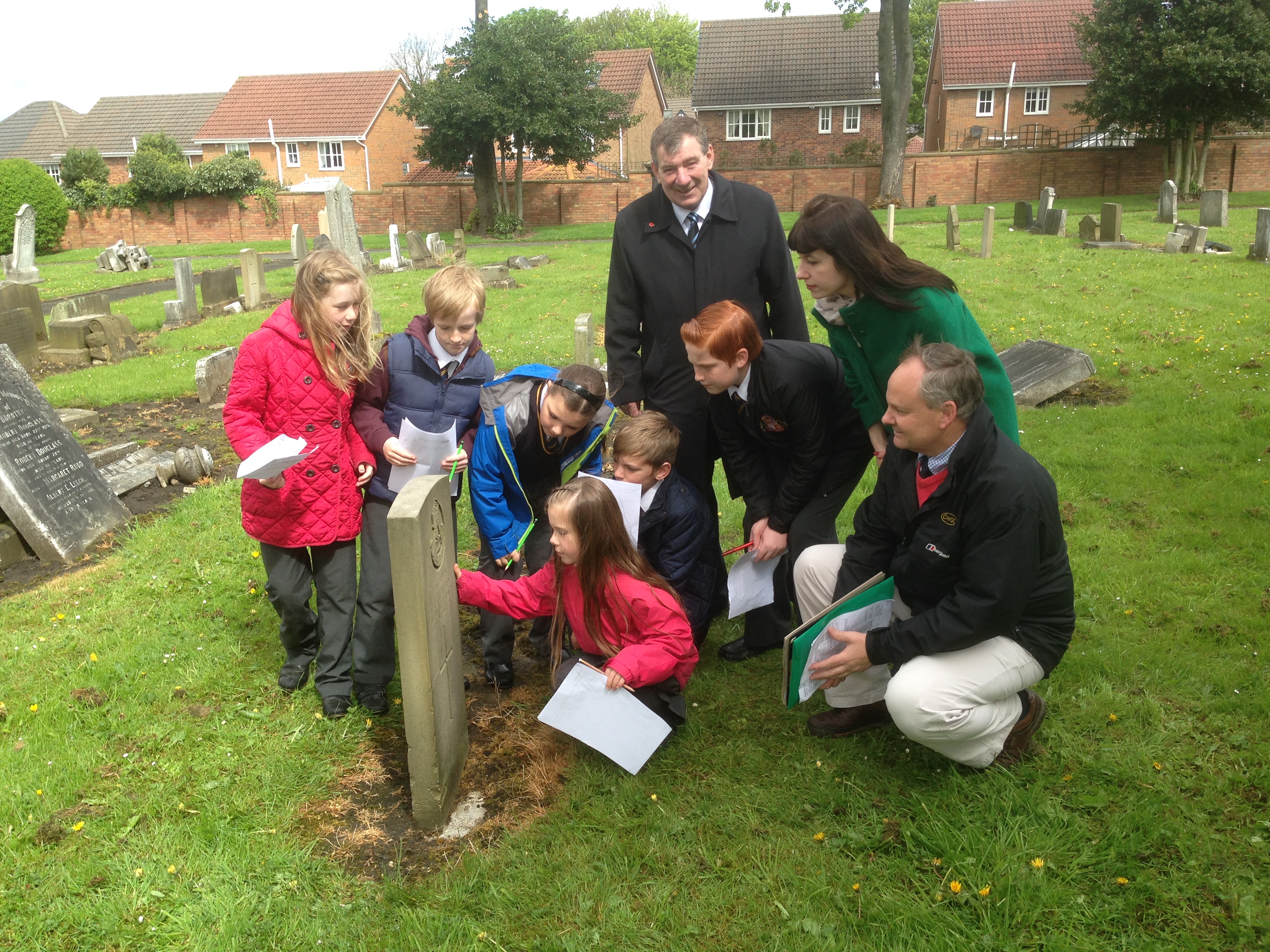 Bridget Phillipson, MP for Houghton and Sunderland South, visited Commonwealth War Graves on Friday 9th May as part of a joint initiative with the Commonwealth War Graves Commission (CWGC), community heritage groups and school children from Bernard Gilpin Primary School, to promote a coordinated approach to the commemoration of the centenary of World War One.

Bridget was joined on her visit to Durham Road Cemetery in Houghton-le-Spring by by Stephen Liversage, CWGC Regional Supervisor North, six representatives of the Houghton War Memorials Project, two representatives of the U3A Wessington War Memorials Project, and local schoolchildren form Bernard Gilpin Primary School. Each group is closely engaged with local history and the region’s experience of the World War One. The visit follows a national initiative spearheaded by the CWGC, the All-Party Parliamentary War Heritage Group and the ‘In From The Cold Project’ that maps over 300,000 Commonwealth war dead by each Parliamentary constituency.

The CWGC believes the centenary is an opportune time for everyone in the UK to re-engage and connect with local communities and young people, and explain how the people who are buried in our graves got to be there, who they were, and where they were from. Many people are often surprised to learn that more than 300,000 Commonwealth servicemen and women are commemorated in the UK. Many died in military hospitals whilst being treated for their wounds or fell victim to the flu pandemic as the conflict drew to a close. Their graves reflect both the local impact of the war but also its wider historical significance.

Bridget Phillipson MP said:“The centenary of the outbreak of the World War One is not just a time for reflection and commemoration, but also an opportunity to educate a new generation of young people about the extraordinary events of a hundred years ago and to bring to life some of the personal stories from that time.“Working with local groups and students gives us all an opportunity to explore how we would like to secure this legacy for generations to come.“Visiting the graves of the fallen is a simple but profoundly important way to commemorate the outbreak of the war.”