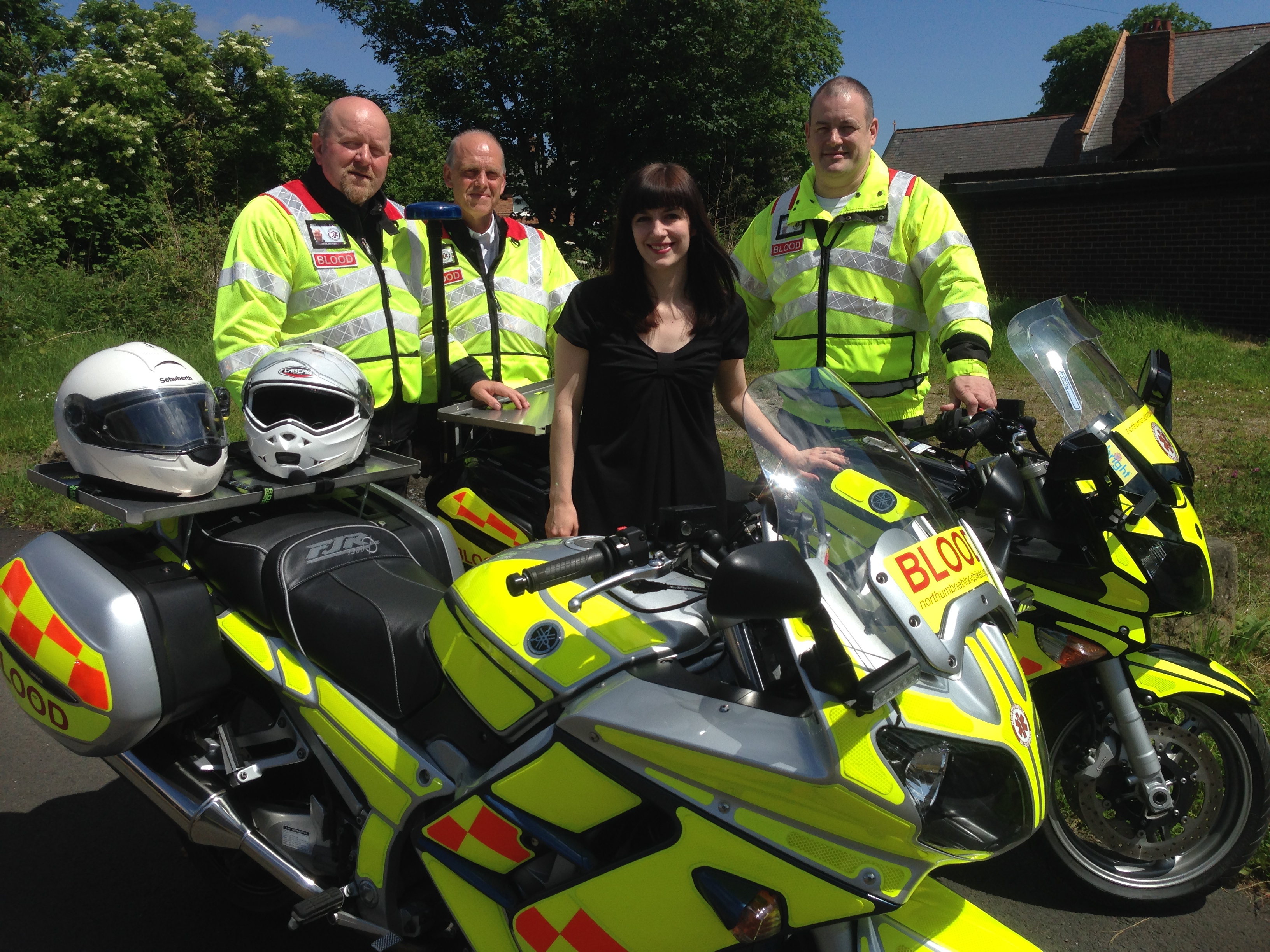 Bridget Phillipson, Member of Parliament for Houghton and Sunderland South, has seen first-hand the work of Northumbria Blood Bikes, an organisation staffed by volunteers that provides a free rapid response courier service to NHS hospitals across the north east.

The charity was set up just over a year ago. The people of County Durham, Tyne and Wear and Northumberland have been incredibly generous donating sufficient funds for volunteers to begin the service in February this year. As a result, they are supporting three NHS Hospital Trusts in the north east and are due to expand further.

The charity is represented at the national level by the Nationwide Association of Blood Bikes (NABB), a registered charity acting as an umbrella organisation on behalf of its 25 member groups across the UK. With a combined membership of around 1,400 volunteers across the country, these groups responded to around 35,000 requests for transport from NHS hospitals in 2013. The groups will transport any item required in the clinical treatment of an NHS patient. Typically this will be blood, platelets, plasma, samples for testing and pharmaceutical products. This service is provided free of charge to the NHS and saves hospitals many, many thousands of pounds each year.

If you want to support the work of these lifesaving service you can donate through the Association’s website: http://www.thenabb.org.uk/

“I was able to see for myself the lifesaving contribution the Blood Bikes service provides to hospitals in the north east. They make a massive difference and save the NHS thousands of pounds every year that can be reinvested in patient care

“I would encourage everyone to support the blood bikes so they can continue and expand their vital work.”