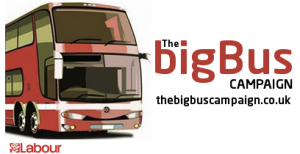 A report by the Transport Select Committee has praised the work of Nexus in paving the way to introduce the country’s first re-regulated bus network outside of London since 1980s.

“We welcome the initiative shown by Nexus in introducing its draft Quality Contract in Tyne and Wear. Given that no Quality Contract has yet been agreed using the powers in the Local Transport Act 2008,

this will be an important test case in determining whether Quality Contracts are a viable means by which to deliver bus services.” Transport Select Committee, Passenger transport in isolated communities (14th July 2014) p.19 http://www.publications.parliament.uk/pa/cm201415/cmselect/cmtran/288/288.pdf

“A Quality Contract Scheme is the only way to bring around long lasting change in our transport network.

“The Select Committee recognised the importance of bus networks to communities where there is no access to other forms of public transport. Their report is an endorsement of the work of Nexus and the new transport authority -; work that must continue.

“I call on bus operators to recognise the futility of their argument and to work to introduce a scheme that supports growth in bus transport as well as prioritising high levels of service to passengers.”