Bridget’s campaign gets off to a flying start 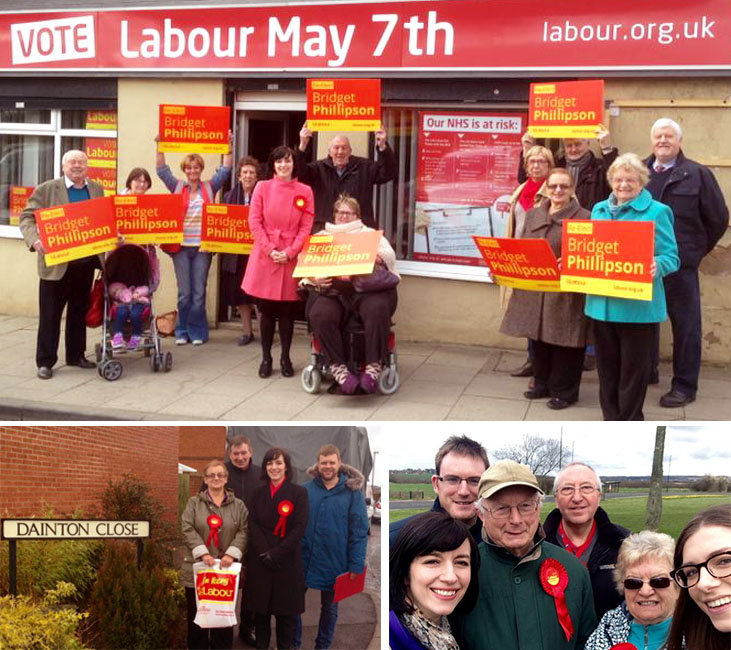 Bridget Phillipson, Labour’s Candidate for the Parliamentary seat of Houghton and Sunderland South, got her campaign for re-election off to a flying start over the final weekend of March.

With the General Election just around the corner, Bridget and her dedicated team of supporters hit the ground running by speaking to hundreds of people in just the first few days alone.

“It’s a privilege to have been re-selected as Labour candidate for Houghton and Sunderland South again. During my re-election campaign I want to listen to the concerns of as many voters as possible ahead of May’s election.

“We got the campaign off to a flying start this weekend by speaking hundreds of people and I was encouraged to hear how much support there is for Labour and our policies on the doorstep.

“Local residents especially welcomed Labour’s commitment to investing in the NHS, increasing the minimum wage to at least £8 an hour by 2020 and action to tackle energy bills.

“After five long years of Conservative-led government people are desperate for change. Only a Labour government will represent the hardworking people of Houghton and Sunderland South.”