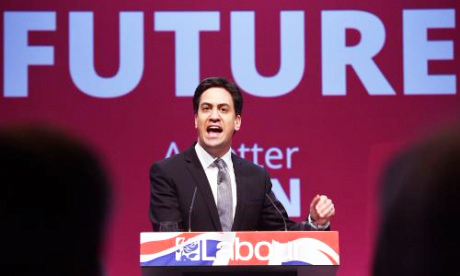 The Labour Party has set out five pledges for government. They are:

Labour will balance the books and cut the deficit every year while securing the future of the NHS. No manifesto commitments require additional borrowing.

Labour will cap energy bills until 2017 and give the regulator the power to cut bills this winter, ban exploitative zero-hours contracts, raise the minimum wage to £8, and provide 25 hours free childcare.

3. An NHS with time to care

Labour will build an NHS with the time to care by funding 20,000 more nurses and 8,000 more GPs. Services will be joined up from home to hospital, GP appointments guaranteed within 48 hours and cancer tests within one week.

New migrants won’t be able to claim benefits for at least two years, and Labour will introduce fair rules making it illegal for employers to undercut wages by exploiting workers.

5. A country where the next generation can do better than the last

Labour will reduce tuition fees to £6,000, guarantee an apprenticeship for every school leaver who gets the basic grades, and ensure smaller class sizes for 5, 6, & 7-year-olds.