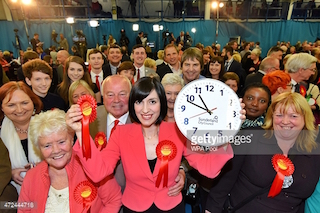 Labour parliamentary candidate for the constituency of Houghton and Sunderland South Bridget Phillipson has been emphatically re-elected as Member of Parliament for the north east seat. Bridget, who was defending the seat following five years in Parliament, increased her majority by 1,948 votes.

As well as increasing her majority, Bridget secured an increased share of the vote with a 4.8% swing to Labour. Turnout was also up as voters came out to show their support for a campaigning local MP who has worked hard over the last five years to stand up for her constituents, press for improved local transport services, improve local schools and put forward the case for a strong north east economy.

There was further good news later in the evening when it became clear that Labour local election candidates had swept the board in Houghton and Sunderland South. The highlight was Mary Turton’s narrow but hard fought victory in Copt Hill ward, a seat not held by Labour since 2007.

Speaking after the result was declared, Bridget said: 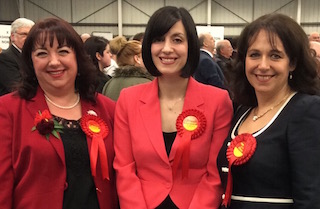 “It is a privilege to have been re-elected to serve the people of Houghton and Sunderland South.

“We ran a positive campaign here that focused on the needs of the people of this constituency and the north east. As a result, people across Sunderland have renewed their confidence in me and more importantly their trust in Labour.

“Iam delighted that more people came out to vote for me than in 2010, that there was a 5% swing to Labour and that my majority has increased by almost 2,000. These fantastic results have given me a very clear mandate to go to Westminster and continue fighting for Houghton and SunderlandSouth and the wider region.

“Obviously, I am massively disappointed with Labour’s performance nationally. A majority Conservative government is bad news for my constituents and bad news for the north east as a whole. But it is up to Labour now to make the case for something better-;we need to convince people across the country that Labour has a positive vision for the future of this country.

“I will now return to Westminster and make that case in Parliament, asI have always done, in order to help Labour become a better force for Britain.I am confident that we can win again in 2020.”