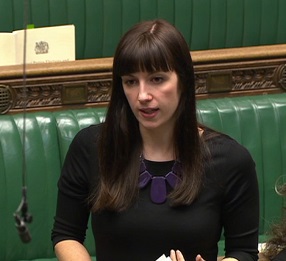 Bridget Phillipson, Member of Parliament for Houghton and Sunderland South, has asked the government to grant the people of the north east a referendum if it continues to press ahead with proposals to introduce an elected mayor for the region.

Although she acknowledged the broad support for the principle of greater devolution to the north east and other English regions, Bridget highlighted the widespread disagreement over the need for an elected mayor for the north east and the necessity to give local people a say on the issue.

In response the Secretary of State Greg Clark said that nothing would be imposed upon local authorities and that he hoped they would work together with the government to bring about the promised transferral of powers.

“The response to my question today was at odds with the government’s policy on regional devolution.

“The Chancellor has previously indicated that he will impose in a one-size-fits-all approach, where only regions that accept an elected metro mayor will be given the increased powers already allocated to other regions like Greater Manchester.

“But when I asked the Communities Secretary today whether he would give the people of the north east a referendum on whether they wanted a mayor for the region, he said that nothing would be imposed upon local areas.

“One thing is clear: if the government insists on pressing ahead with devolution by diktat by imposing an elected mayor on the north east, then people should be given a say through a referendum.

“And if they choose to say no to a mayor, the government should still commit to giving the North East Combined Authority the powers it has promised.

“I hope that the government will work with the North East Combined Authority to clarify its plans as soon as possible.”