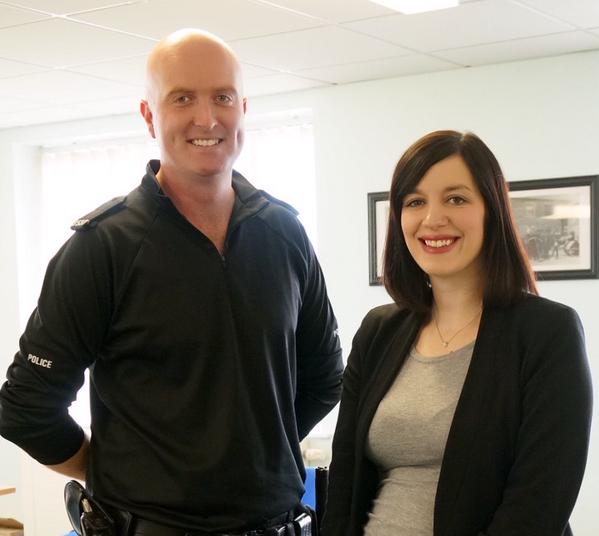 Over the past two years Bridget has written to over 14,000 households and spoken directly to hundreds of local residents about their concerns regarding this issue. Her coffee morning series have helped improve engagement between residents, local policing teams, councillors and community groups on anti-social behaviour.

PC Adam Carlton of Northumbria Police attended the event and spoke about policing priorities in the area.

As part of the effort to discourage motorbikes, a new 3G camera has recently been installed on Store Terrace overlooking a route commonly used by motorcycles, and another camera on High Street.

Speaking after the event, Bridget said:

“It was a successful coffee morning on anti-social behaviour and local policing. The discussions were focused on local issues and PC Adam Carlton shared a lot of helpful insights.

“Many residents shared their personal experience of anti-social behaviour. It is something that affects their everyday life and they care passionately about it.

“It was clear that the police are doing the best they can to reduce anti-social behaviour and crime in the area, but I know that Northumbria Police are facing ever greater pressure due to unfair funding cuts.

“I believe the most effective approach to tackle anti-social behaviour is to work together as a community, and events such as this can encourage local residents to better communicate with the local police, and provide police officers with more information to tackle the problems we face.”