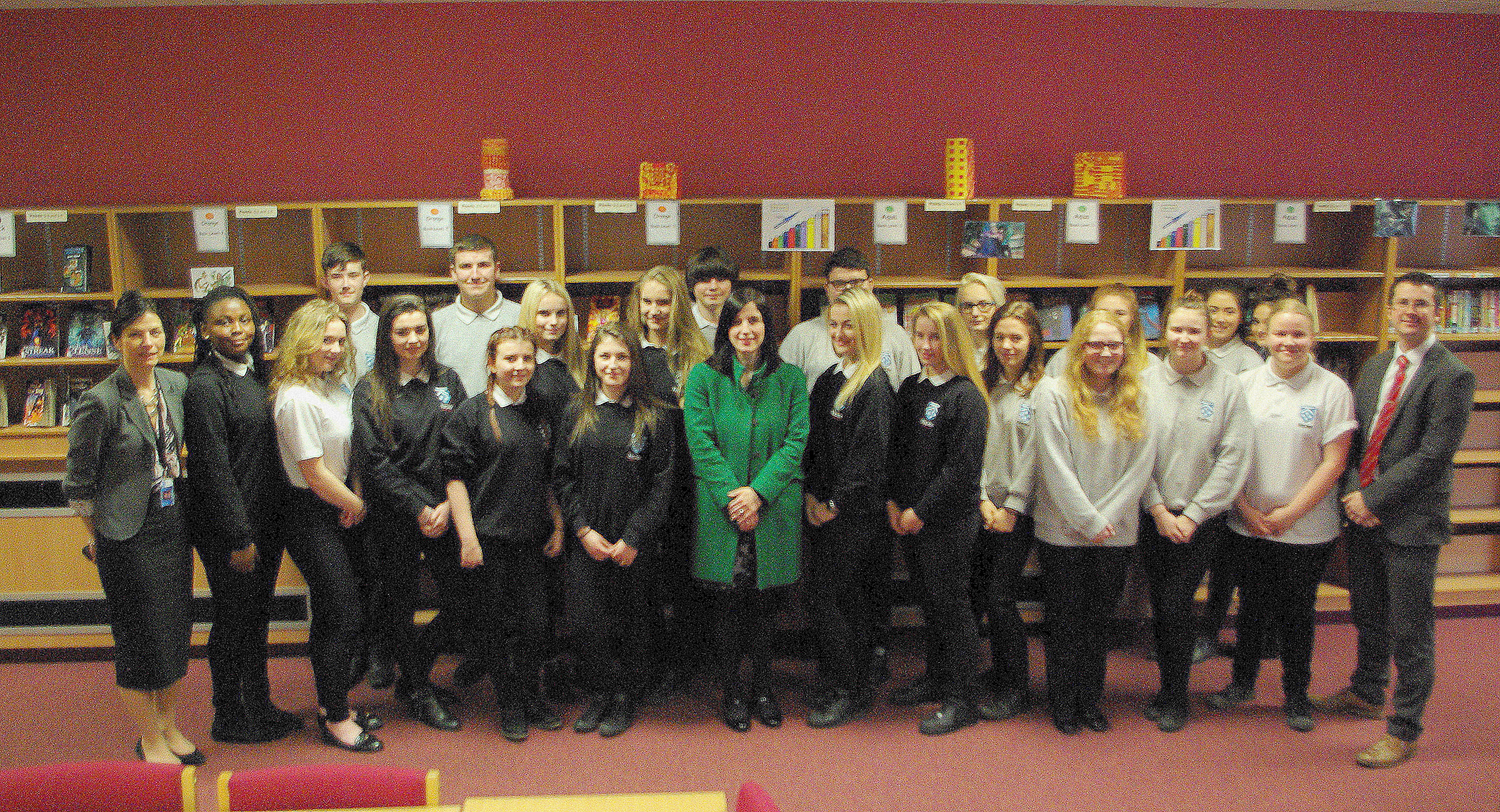 Houghton and Sunderland South MP, Bridget Phillipson visited Kepier School and met with students to discuss their concerns regarding the Syrian refugee crisis and Britain’s response.

Commenting after the event, Bridget said:

“Kepier School recently commemorated Holocaust Memorial Day and as well as remembering what went on in the past, they looked at the world today.

“It’s always positive to meet young people who are taking an interest in the community and world affairs. I was very impressed with the work they and the school have been doing and I thoroughly enjoyed hearing their views and answering their questions on my role as a Member of Parliament. I hope my visit has given them an insight into the life of an M.P. and also encouraged them to take an active role in society.”

“I was really pleased Bridget took the time out of her busy schedule to visit the learners and discuss their concerns over Syria with them. They asked some really pertinent questions about Syria, but also about Parliament, the EU and the American Primaries. They demonstrated how wrong it is to assume young people aren’t interested in politics.”