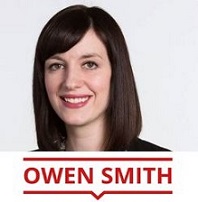 The Labour leadership contest is underway. This is a critical moment for the Labour Party, our region and our country. It is more important than ever that we have a strong, unified and credible Labour Party to oppose and fight the Conservatives. And I believe Owen Smith can lead us to achieve that.

Owen is principled, passionate and credible, and he will unite Labour once again. During the last year, he has secured major victories over the Conservative government’s regressive cuts to disability benefits and over cuts to support for low-paid workers.

It is clear we must oppose failed Conservative economic policy, but it is not enough to be only anti-austerity – we need a concrete plan for prosperity.

Owen has set out a bold and ambitious programme for Labour’s future and the future of our country. Owen’s plan for a British New Deal will deliver £200bn of investment to left-behind areas like ours.

Reducing inequality and spreading opportunity will be the central mission of Labour under Owen’s leadership. Owen will offer a strong voice during our negotiations with the European Union and he will trust the British people to sign off that deal either through a general election or a second referendum.

I know some Labour Party members and supporters will disagree with my support for Owen: I expect and respect that.

When I decided to support the vote of no confidence in Jeremy Corbyn tabled at the meeting of the Parliamentary Labour Party on 27 June, it was not a decision I took lightly. I have always respected Jeremy’s mandate since he was elected. However, his lacklustre approach during the EU referendum campaign and recent testimonials from my Labour colleagues who have worked closely with him during the referendum and in the Shadow Cabinet have proven to me that he cannot provide the leadership we need.

It is no secret that I did not vote for Jeremy last summer, but I had always hoped he would make a success of it. I have not been publicly critical of Jeremy – that is not my politics. Instead, I addressed my concerns directly to him at the PLP meeting.

We need a leader and an opposition capable of standing up to the government and providing a radical alternative.

As your elected representative, I have a responsibility to balance different opinions among members and all constituents, and to set out my views clearly. I appreciate that some constituents may disagree with me, but at times the language used towards parliamentary colleagues and others has been far beyond what can ever be acceptable. None of us should be describing fellow Labour people as traitors, scum or scabs. Not ever.

One thing on which I agree completely with Jeremy is that people are turned off of politics by the politics of abuse. All of us who want politics to matter, who want to see a Labour government elected to transform people’s lives for the better, need to hold ourselves to a higher standard of civility, courtesy and decency. I hope the leadership contest this summer will be conducted in the spirit of solidarity, tolerance and respect.

And I would urge Labour members and supporters in Houghton and Sunderland South to vote for Owen.