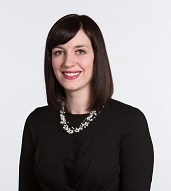 More than two months have passed since the UK voted to leave the European Union and the promises made by the Leave campaign before the referendum are unravelling thick and fast.

In recent weeks, we have heard from the Home Secretary that British nationals might have to pay a fee to travel to Europe. This was never mentioned by Vote Leave during the referendum campaign.

‘Change Britain’, a new pressure group of Leave campaigners who want to push the Prime Minister into a ‘hard Brexit’, have also quietly abandoned the signature pledge to spend an extra £350m a week on the NHS once the UK leaves the EU. Many people who voted to leave did so on the understanding that more money would be available for our struggling health services.

Before the referendum we were also assured by the Leave campaign that a bright future lay ahead outside of the EU, but it is becoming increasingly clear that the government’s response to the Brexit vote has caused major economic uncertainty.

To those who would say this is nothing more than scaremongering, the memorandum handed to the Prime Minister by the Japanese government at the recent G20 Summit should make sobering reading.

This memo outlined the serious concerns of Japanese businesses that operate in the UK. They expect Britain to maintain access to the single market, or something very close to it, after leaving the EU.

Whatever your view on the Brexit vote, we simply cannot dismiss the legitimate concerns of companies that invest so much in our economy. In 2015, nearly half of direct EU investment from Japan went to the UK, and Japanese businesses operating in Europe have created 440,000 jobs.

Japanese companies like Nissan are absolutely critical to the economic prosperity of our region. It is a source of real pride that Nissan recently celebrated thirty years on Wearside – but I want to make sure we see another thirty. The thousands of jobs that are dependent on Nissan and others could be under threat unless the government offers reassurance that its vision for Brexit includes unfettered access to the single market. Workers also need guarantees that hard-fought rights will be protected – not a race to the bottom.

This is not about questioning the outcome of the Brexit vote, but about pressing the government to provide British-based businesses with the guarantees they seek, and quickly. Since the result was declared, the contradictory messages emerging from the Prime Minister and her Cabinet illustrate that there is no agreed plan for Brexit. Platitudes such as ‘Brexit means Brexit’ are not good enough -; our global partners need to know now exactly what Brexit means. If not, it is clear that Japanese businesses will think twice about remaining in the UK. That would be disastrous for the north east.

This article was originally published by the Sunderland Echo on 15th September 2016. You can read the online version here.