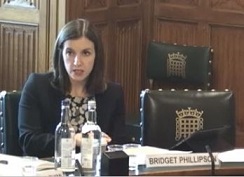 On 12 October 2016, Bridget Phillipson, Member of Parliament for Houghton and Sunderland South, attended the latest evidence session of the Public Accounts Committee (PAC) to grill representatives of the Department for Education (DfE) and the Department for Business, Energy and Industrial Strategy on the value of the government’s apprenticeship programme.

In England, an apprenticeship is a full-time paid job, available to those aged 16 or over. It incorporates on and off-the-job training and leads to a nationally recognised certificate. In 2010-;11, annual public funding of apprenticeships amounted to just under £1.2 billion. By 2015-;16, this had risen to around £1.5 billion. As a result, there has been a significant increase in the number of apprenticeships in recent years, with more investment planned in the future. Since 2013, there has also been a process to develop new, employer-led, apprenticeship ‘standards’, which will eventually replace the previous frameworks.

Although MPs of all political parties have welcomed the increase in the number of apprenticeships, a recent report by the National Audit Office has found that the DfE has not set out how it intends to use this increase to boost productivity in the UK, not defined what ‘success’ will look like in the reformed apprenticeship programme, and failed to maximise the value derived from apprenticeships to address the UK’s economic needs. The PAC inquiry is investigating these findings in order make public spending on apprenticeships more effective and more efficient.

For regions like the north east, where there are substantial skills shortages, it is vital that apprenticeships supply local businesses with the skills they need to drive economic growth. During the PAC session on 12 October, Bridget asked the government representatives what steps they are taking to address skills shortages and ensure that apprenticeships provide local businesses with the skills they need. In response, Jonathan Slater, Permanent Secretary for the DfE, offered assurances that the government is putting in place new apprenticeship standards and empowering local employers to set standards in line with changing need. When pushed by Bridget whether these standards will be frequently reviewed, he promised that they would be flexible and simple, so that businesses could adapt them to changing economic or technological conditions.

Bridget went on to raise concerns over cuts to the Skills Funding Agency and the impact that they will have on apprenticeships for young people aged 16 to 18, particularly those in deprived areas. Although the DfE representatives argued that they are incentivising young people in this age group to take up apprenticeships, they failed to adequately address Bridget’s concerns that cuts to apprenticeship funding for school leavers will have a damaging impact on the most vulnerable communities such as those in Sunderland and the surrounding area.

Bridget also pushed the DfE to do more to make apprenticeships accessible to young people with disabilities. In response, the witnesses confirmed that the government had accepted all the findings of the Maynard taskforce, which was set up in May 2016 to explore access to apprenticeships for people with learning disabilities. These recommendations included funding incentives for providers and employers to take on people with a learning difficulty or disability and greater flexibility on requirements for apprentices to have functional English and math skills.

Finally, Bridget asked the witnesses to improve the level of guidance and information available to young people about apprenticeship programmes, forcing David Hill, the Director of Apprenticeships at the Department for Education and Business, Energy and Industrial Strategy, to confess that the government needed to do more to promote apprenticeships in schools. He promised that the recently-founded Careers & Enterprise Company would aim to address this problem by building a network of 1,000 advisors to work with schools to ensure that young people are fully aware of all the options open to them.

Speaking at the end of the evidence session, Bridget Phillipson said:
“Today’s PAC session took detailed evidence from government officials in relation to the performance of the Department for Education’s apprenticeship scheme.

“Government statistics show that apprenticeship starts in my constituency of Houghton and Sunderland South have increased substantially over the last ten years, from only 530 in 2005/06 to 1,440 in 2014/15.

“Although this is welcome, the same data show that apprenticeship achievement rates in my constituency in the advanced, higher and degree levels are static, if not declining. We have seen a high level of retail apprenticeships, and I’m concerned about the potential rebranding of low paid jobs as apprenticeships.

“It is important that apprenticeships are high quality, tailored to economic need, and address the substantial skills gap that exists in regions like the north east so that young people gain the skills necessary to compete for local jobs.

“In the case of my constituency, that means digital skills. During my business breakfast event earlier this year, representatives of local businesses told me that young people often do not have the skills to compete for jobs at local software and tech start-up companies, and that the government and others in education are too slow to adapt to how the world of work and industry is changing. That is why I stressed this point during today’s session.

“I also raised concerns around the proposed cuts to apprenticeship funding for school leavers, which will have a damaging impact on communities such as ours, and highlighted the need for apprenticeships to provide tailored support for young people with disabilities.

“As the PAC inquiry is ongoing, I would encourage anyone who has experiences or opinions to get in touch.”

To watch a recording of the proceedings, click here.