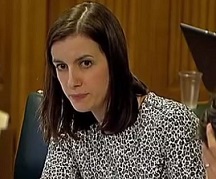 On 19 October 2016, Bridget Phillipson, Member of Parliament for Houghton and Sunderland South, attended the latest evidence session of the Public Accounts Committee (PAC) to question representatives of the Department for Communities and Local Government (DCLG) on the government’s Troubled Families Programme (TFP).

In August, the BBC reported that an independent analysis undertaken by Ecorys and commissioned by the DCLG had found that the TFP had “no discernible” effect on unemployment, truancy or criminality. According to BBC Newsnight, this unfavourable evaluation of the government’s flagship policy response to the 2011 riots was being suppressed by ministers.

In advance of the inquiry, Meg Hillier MP, Chair of the Public Accounts Committee, wrote to Rt Hon Sajid Javid MP, Secretary of State for Communities and Local Government, on 5 October 2016 to raise concerns that the department only planned to provide the committee with two of the six reports that comprise the full evaluation of Ecorys’s analysis of the Troubled Families programme.

The full evaluation was publishedon Monday 17 October 2016. In response, the Times newspaper published a front-page story on 18 October under the headline “Cameron ‘wasted £1bn on troubled families'”, which highlighted the unfavourable findings of the report.

Speaking at the end of the PAC evidence session on 19 October, Bridget Phillipson said:
“During today’s Public Accounts Committee inquiry I sought clarification from three senior servants about the impact of the government’s flagship Troubled Families Programme (TFP).

“In stark contrast to claims by government ministers that the TFP has transformed the lives of 99% of the 120,000 troubled families it targeted and saved the taxpayer an estimated £1.2billion in the process, an independent evaluation of the programme published on Monday found that the first phase of the TFP had no significant impact on the key outcomes it was supposed to improve -; employment, benefit receipt, school attendance, safeguarding and child welfare.

“I was particularly worried about their inability to justify the huge levels of public expenditure on the TFP during a time of swingeing cuts to public services and council funding in regions such as the north east, and by the unanswered questions regarding the flaws in the payment by results model that the programme adopted.

“It was especially troubling to hear the Permanent Secretary at the DCLG say that she did not recognise my description of the challenges that local authorities such as Sunderland are facing in providing statutory services due to huge funding cuts from central government.

“In light of today’s evidence, I am also deeply concerned that the decision to expand the TFP to 400,000 families by 2020 was taken before the independent evaluation was complete.

“I have always believed that we need to find new and better ways of working with disadvantaged families, but it is clear that ministers have serious questions to answer about this programme. I’m concerned that grandiose claims by government ministers and civil servants about the success of the TFP may undermine public confidence in such work.”

“Over the weeks to come, my committee colleagues and I will assess today’s evidence before publishing a final report. If anyone would like to share their experiences of the TFP with me, I would encourage them to get in touch.”

To read more about the Public Accounts Committee inquiry into the Troubled Families Programme, click here.

To watch the oral evidence session of this inquiry held on 19 October 2016, click here.

To read a transcript of this session, click here.