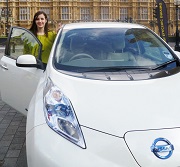 Bridget Phillipson, Member of Parliament for Houghton and Sunderland South, has warmly welcomed today’s announcement by Nissan that it will produce the next Qashqai and will add production of the next X-Trail model at its Sunderland plant.

Responding to the announcement, Bridget said:

“I am delighted by the fantastic news that Nissan have decided to produce the next Qashqai and X-Trail models at its Sunderland plant, securing the future of more than 7,000 local jobs. I pay tribute to the workforce, whose role in making the Sunderland plant amongst the most productive in Europe no doubt contributed to this welcome outcome.

“Nissan have been clear that this decision follows the UK government’s commitment to ensure that the Sunderland plant remains competitive, but have not indicated exactly what guarantees the Prime Minister has offered to protect the company from the impact of Britain’s decision to leave the EU, and potentially the single market as well.

“As I mentioned during a Westminster Hall debate in Parliament this week, it is imperative that the government also offers protection to the small and medium sized businesses in the Nissan supply chain and the wider manufacturing sector in the north east and beyond.”