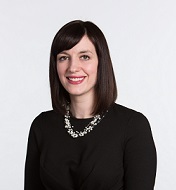 It was an honour to lay a wreath at the Houghton war memorial during a moving Remembrance Sunday service last week, and to see so many local people come along to pay their respects.

It is so important that we all come together once a year to remember those who sacrificed their lives during the two World Wars and subsequent conflicts so that we can live in peace and freedom today.

As always, my thoughts are also with the families of our current servicemen and women who make such a valuable contribution to our nation and to peacekeeping efforts around the world.

I was also honoured to show my support for our local poppy collectors earlier this month by joining volunteers for the 2016 Royal British Legion Poppy Appeal at the Sainsbury’s in Silksworth. The theme of this year’s appeal was ‘Rethink Remembrance’, which aimed to raise awareness of the sacrifices made not just by the Armed Forces of the past, but by today’s generation too.

Whilst many people rightly associate remembrance with the fallen of the First and Second World Wars, the Legion wants to raise awareness of a new generation of military veterans, service personnel and their families who need our support.

This is a very important issue for us in the north east, as recent statistics show that the region has one of the highest rates of unemployment among veterans in the UK. According to research conducted by Kings College London and Help for Heroes, at least 66,000 ex-regulars in the UK need or will need support to cope with physical or mental health issues, which can include Post-Traumatic Stress Disorder, loneliness, and welfare or addiction problems. The scale of the challenge makes the work of the Royal British Legion and other charitable organisations to help veterans with the transition from military to civilian life all the more important.

Charities have a critical role to play in supporting our servicemen and women, but they can only do so much. The government also has a responsibility as part of the Armed Forces Covenant to ensure that those who have fought for this country and their families are treated with fairness and respect in the communities, economy and society they serve. Politicians of all political stripes should continue to raise awareness of the need to provide a new generation of military veterans and service personnel with the support they need over the coming years. Our veterans have put life and limb on the line to defend this country. We owe it to all of them to look after those who came home, while continuing to honour the ultimate sacrifice made by those who did not.

This article was originally published by the Sunderland Echo on 17th November 2016. You can read the online version here.