GP numbers in Sunderland plummet by 25% since 2013 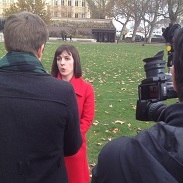 Bridget Phillipson, Member of Parliament for Houghton and Sunderland South, has used a series of parliamentary questions to expose the alarming decline in the number of Full Time Equivalent (FTE)[1] GPs working in Sunderland.

According to statistics requested by Ms Phillipson from the Department of Health, there has been a 25% reduction in the number of FTE GPs in the NHS Sunderland CCG between 2013 and 2015. The rate of decline in FTE GPs from one year to the next has also accelerated significantly since 2013.[2]

The shocking decline in the number of FTE GPs has seriously affected the provision of health services in Bridget’s constituency. According to Department of Health and House of Commons Library figures, GP practices in Houghton and Sunderland South have on average more than 1,800 registered patients to one FTE GP -; significantly more than the average for England. More than half of local clinics have a ratio of more than 2,000 patients to one family doctor, while the worst-staffed practices have nearly 3,000 registered patients to one.[3]

These stark numbers demonstrate why patients and health professionals alike have contacted Bridget in recent months to express grave concerns over the deteriorating state of general practice in Sunderland. In June 2016, Dr Roger Ford, Secretary of the Sunderland Local Medical Committee (LMC) and Chair of the North East & Cumbria Regional LMC, wrote to Bridget to share the results of his confidential survey of local GPs and Practice Managers.

Almost half of respondents to this survey reported a large increase in their workloads over the last two years, while a further 31% reported an increase to “unsustainable” levels. To tackle this problem, two thirds of respondents had attempted to recruit new family doctors, but many found this to be “very difficult”. A majority of GP practices reported that patient care had been adversely affected as a result. To make matters worse, almost all those surveyed reported a decrease in funding, and almost two thirds feared that their practice was only financially viable for the next one to three years.

In response to these troubling findings, Bridget Phillipson MP raised this issue in the House of Commons during Health Questions on 11 October 2016, when she asked the Health Minister David Mowat MP how the government intends to address the GP staffing problem and attract more family doctors to the city. The minister gave an ambiguous answer relating to the government’s target to train more doctors by 2020.[4]

Later in October, Ms Phillipson tabled a series of written parliamentary questions to the Secretary of State for Health. By combining the data provided by his Department with national figures on GP numbers from the House of Commons Library and NHS Digital, Bridget has uncovered the full extent of the Sunderland GP crisis.

“In recent months, many local people have told me that it’s taking them longer and longer to make an appointment with their GP, while health professionals such as Dr Ford have contacted me to express their deep concern about the deteriorating state of general practice in our city.

“According to the confidential survey conducted by Dr Ford and his colleagues, GP practices in Sunderland are really struggling to recruit and retain family doctors. That’s why I stood up in Parliament last month to ask the Health Minister what steps he was taking to address the GP staffing problem and attract more family doctors to the city.

“After he failed to provide a satisfactory response, I tabled further questions to the Department of Health to find out what exactly is going on. The answers I received demonstrate the shocking decline in the number of full-time equivalent GPs that has taken place in Sunderland in recent years.

“They also revealed that the Department of Health does not even collect figures on GP retention.[5] Ministers say that they have a plan to recruit more family doctors by 2020, but If they are not even monitoring these figures how on earth can they identify where the problem lies and how to tackle it?

“This crisis is clearly affecting the quality of primary care in Sunderland. The hugely disruptive top-down reorganisation that the Conservatives imposed on the NHS in England has put unprecedented pressure on general practice in areas like Sunderland -; pressure that will only increase as more and more care duties are transferred to the community while less funding is made available from central government.

“The people of Sunderland deserve better than this. The last Labour Government implemented targeted measures to tackle health inequality across the UK by delivering new GP practices to areas with the poorest provision. Sunderland was identified as one of those areas, and saw a boost in GP numbers as a result. Thanks to the negligence of Jeremy Hunt and his ministerial team, general practice in deprived communities is in decline again -; just as it was when the Tories were last in power in the 1990s.

“It looks like all the good work done by the Labour Government to improve access to primary care in Sunderland is being undone by a government that simply doesn’t care about protecting the NHS.”

[1] Full Time Equivalent (FTE) is based on the proportion of time staff work in a role. Source: NHS, http://www.nhs.uk/Scorecard/Pages/IndicatorFacts.aspx?MetricId=100060