Bridget Phillipson MP: Government fooling no one with latest announcement on schools funding 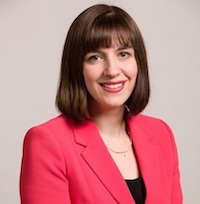 In last month’s column, I highlighted the hypocrisy of a Prime Minister who claimed there was no magic money tree for our vital public services but suddenly discovered an extra billion pounds for Northern Ireland to keep her in Downing Street. The cynical Tory-DUP deal revealed the sham of austerity: there is money available if the government wants to spend it.

Public spending is all about priorities, and it’s clear that this government has got them all wrong. Extra funding for cash-strapped public services is always welcome -; whether in Northern Ireland or anywhere else in the UK -; but resources should be allocated on need, not political expediency.

This week brought further evidence that ministers are making up their spending plans as they go along, when Education Secretary Justine Greening announced that schools in England would receive an additional £1.3 billion in funding over the next two years.

Nobody was fooled by this poorly-disguised attempt to head off a backbench rebellion over the unfair changes to the new national funding formula, which would have imposed a per-pupil funding cut on 93% of schools in England and every school in our area.

The Education Secretary attempted to present this as new money, but it will actually come from other parts of the education budget -; including from capital funding used to invest in crumbling schools.

Robbing Peter to pay Paul is never a sensible policy strategy, and it’s hard to see where some of the proposed savings will come from after so many years of austerity.

As someone who campaigned for years to get Hetton School rebuilt, I fail to see how cutting more money from the capital budget for schools buildings and repairs can be a good idea -; especially given recent fears over fire safety in schools following the Grenfell Tower disaster.

Even with this additional funding, schools will still struggle to make the £3 billion in efficiency savings that the National Audit Office estimates are required by 2019-20 to absorb growing pupil numbers and increased cost pressures from wages, pensions and National Insurance contributions.

The Institute for Fiscal Studies is also clear that school budgets will have declined in real terms by 4.6% between 2015 and 2020 regardless of this announcement, so it’s no wonder that headteachers are begging for extra cash, cutting vital teaching support staff and dropping subjects.

Despite the recent general election result, the Tories clearly still haven’t learnt that parents have had enough of cuts to schools and the services that support them. It’s high time the government changed course and recognised the importance of education in giving our children the best possible start in life.

This article was first published in the Sunderland Echo on 20 July 2017. You can read the original version here.