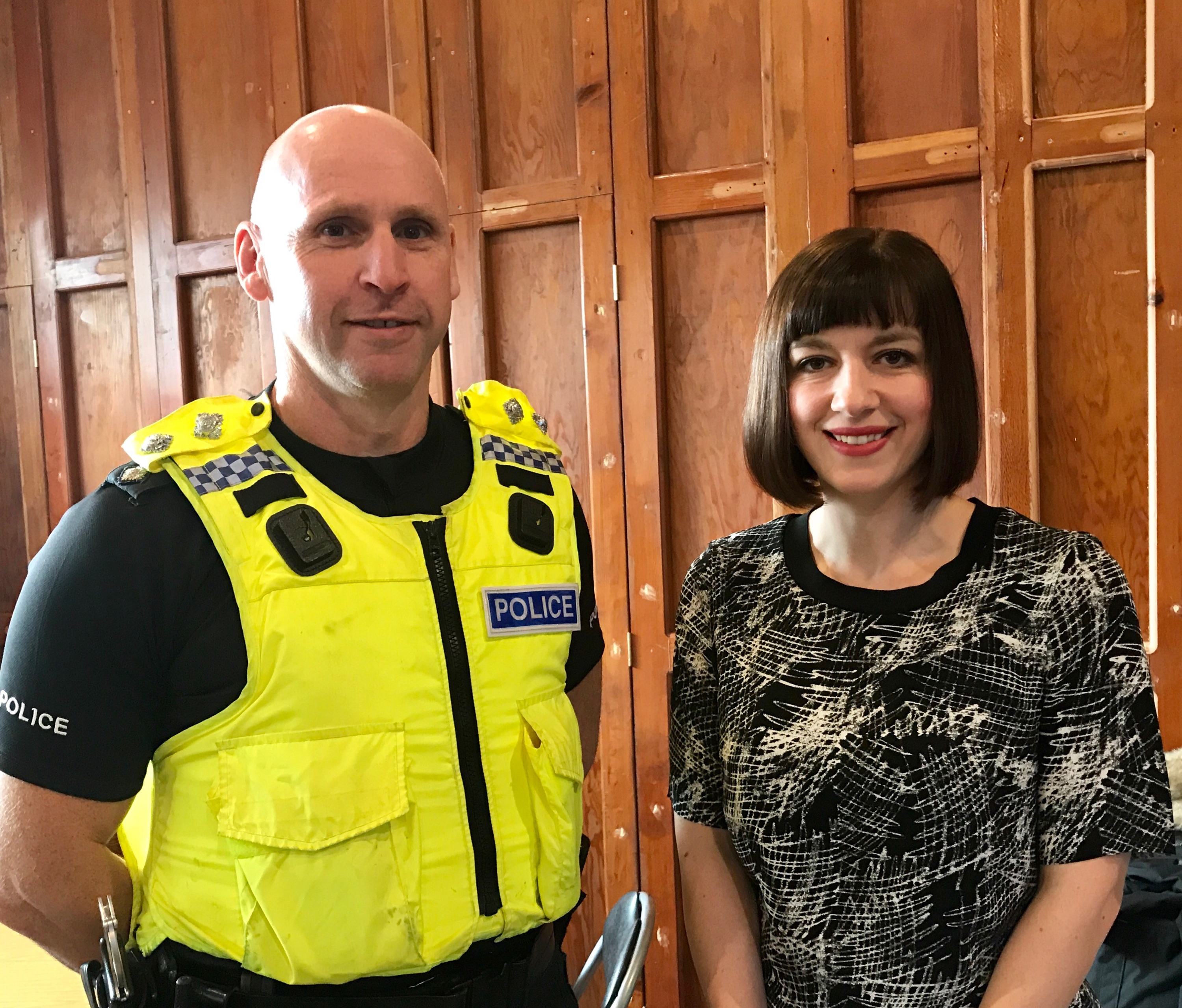 On Friday 15 September 2017, Bridget Phillipson, Labour Member of Parliament for Houghton and Sunderland South, held the latest in her series of constituency coffee mornings at Grindon Church Community Project.

Bridget was joined on this occasion by the Northumbria Police Neighbourhood Inspector for Sunderland South and West, Inspector Tony Carty, who updated local residents on the work that the police are doing to fight crime and anti-social behaviour in the Grindon area.

Inspector Carty also briefed residents on the impact that funding cuts have had on local policing. Northumbria Police have had funding cuts of 23% since 2010, the highest level in England and Wales. As a result, the force has cut 900 officers and 200 Police Community Support Officers over the last seven years.

Despite these damaging cuts, Inspector Carty reassured those present that the police are doing all they can to tackle crime and anti-social behaviour in the local area. He explained that recent changes in how crimes are recorded has meant that all low-level public order offences are now classed as crimes. However, burglaries and thefts in Grindon remain at a low level, as does vehicle crime.

The remainder of the event was dedicated to discussing other local issues and Bridget’s work in Parliament, including recent votes on the EU (Withdrawal) Bill and general Labour Party policy.

If you would like to read more on the points discussed during this coffee morning, or would be interested in attending a future event, please email Bridget at bridget.phillipson.mp@parliament.uk with your contact details. The next coffee morning will be held at the Hetton Centre at 10.30am on Friday 10 November 2017.