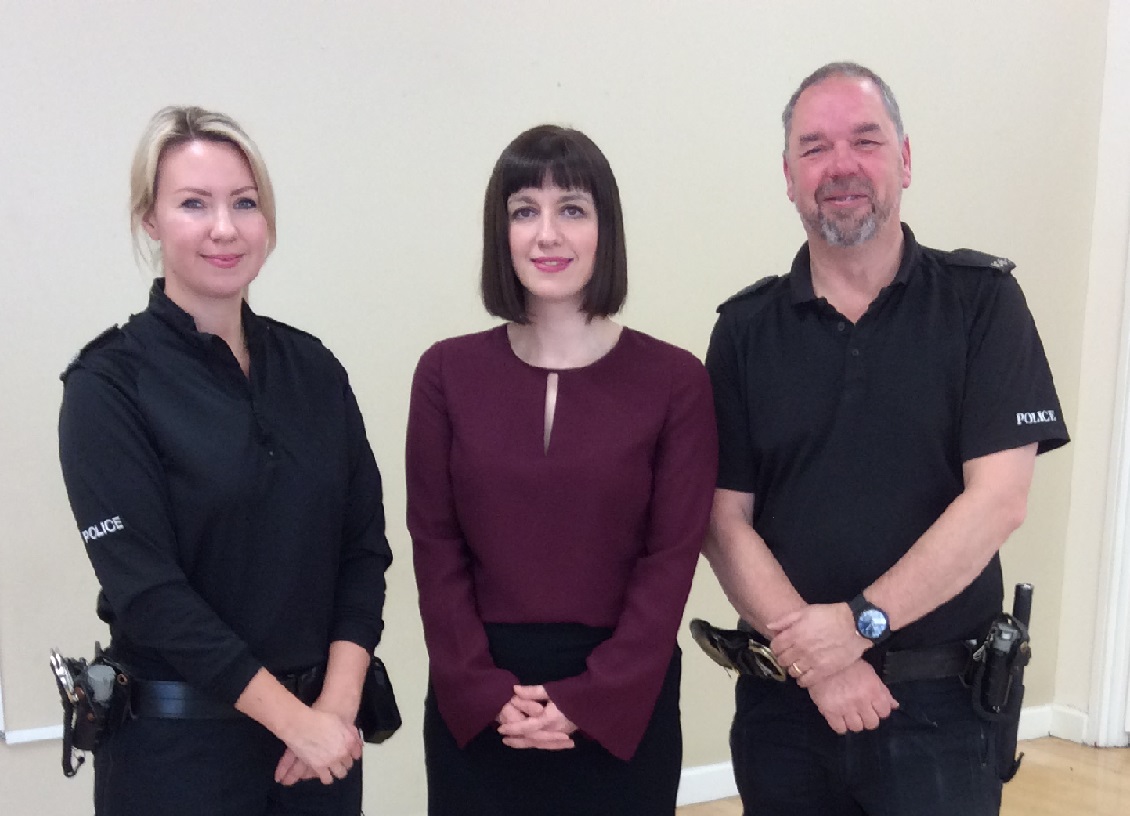 Bridget was joined by over fifty local residents, who were able to raise their concerns about crime and anti-social behaviour with PC Phil Dixon. Other officers in attendance, including PC Kristina Martin, and PCSOs Martyn Richardson and Stephanie Anderson, addressed some of the specific points raised by attendees.

PC Dixon updated residents on recent trends in crime and anti-social behaviour, and the action that is being taken to deal with this.

It was clear there is particular concern about motorbike disorder, and anti-social behaviour in Houghton and Hetton town centres. Officers stressed that there are steps the public can take in order to help the police catch those responsible. If someone in your neighbourhood has recently acquired a motorbike or off-road bike and you’re aware it’s being used improperly, you can contact the police in confidence to let them know. Officers highlighted the positive action that has been taken thanks to public assistance on this matter, with bikes involved in certain incidents being confiscated.

We also discussed the challenges presented by government cuts to frontline policing. These cuts have been more acute in the north east, as Northumbria Police has had its funding reduced more than any other police force in England and Wales. As a result, the force has cut 900 officers and 200 Police Community Support Officers over the last seven years.

Despite these pressures, all officers present stressed that the police are fully committed to tackling crime and anti-social behaviour locally, and urged residents to report disorder as soon as it occurs, so that action can be taken. This can also be done anonymously.

If you would like to read more on the points discussed during this coffee morning, or would be interested in attending a future event, please email Bridget at bridget.phillipson.mp@parliament.uk with your contact details.